It has been nine years since I wrote my last fishing memoir from the Warm Vltava River. There must have been more reasons and mainly it was due to the fact that the man gets older, loses some of this abilities and this happened to me as well. After my heart surgery I stopped being successful at the water, my fishing enthusiasm began to fade away so much that the number of my attendances to the fisheries could be counted on fingers of one hand. I was always waiting for the most suitable day, when there is not so much sunshine, wind, rain and the right water flow and therefore there was always a reason why to postpone the trip to the water. This was also caused by the fact that I found several other activities among which was my business with flies and fly tying equipment and issuing various books which would never be published without me …

Youth World Championship 2019 or worms on the scene again 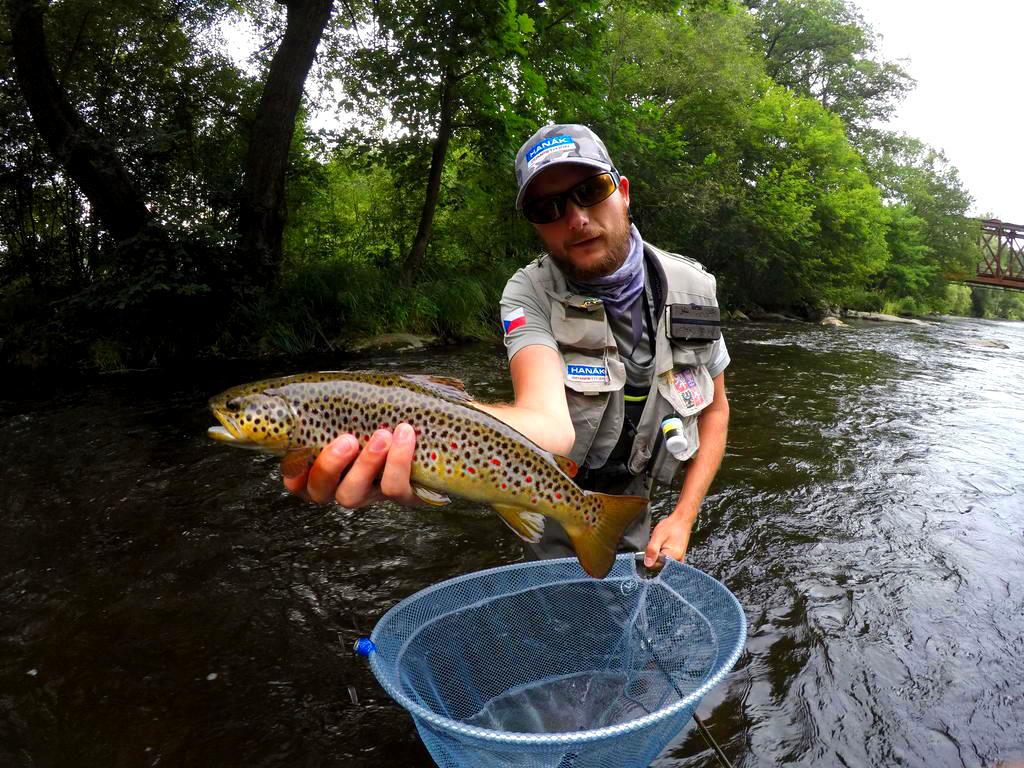 This year, I got a difficult task with the youngest and the least experienced youth team in history to maintain invincibility of Czech teams at domestic championships. Since last year, when I was as a coach at the Youth World Championship in Poland, along with the team management we have changed the system of preparation, modified rules for selection of youth team members and generally said, continually have worked with the team. In 2019, we organized the contest in Devil’s streams (Janus’ memorial), and the nomination competition at the same place and at Vltava 28. This all was connected with a camp, consultations and with the help of several senior Czech competitors and more than a week long preparation just before the championship finally proved to be a key element.

Between 1st and 7th July 2019, the 25th European Fly Fishing Championship was held in Montenegro. The following competitors qualified into the Czech team: Antonín Pešek (fishing captain), Miloslav Hosenseidl, Luboš Roza, Lukáš Starýchfojtů and Roman Heimlich, but he had to be substituted by Petr Červenka, at the last moment, as Roman’s daughter started having problems after her birth and he decided to stay at home with his family. The Czech team had a week for on site preparation and during this time the competitors should have seen and tried all competition sectors. This year’s championship was exceptional also by the number of teams – twenty team took part in it.