HC details his own, customised river set-up which covers both French leader and Euro-nymphing options.

Last month I argued the case and highlighted the scenarios when I would reach right past, my French leader rig and pick and possibly more effective - for certain scenarios. This month I will be doing the exact opposite, and taking a deep dive into all things French.

The French leader has been a revelation and a revolution in modern river fishing, mainly in the last decade or so, at least on this side of The Channel. The French leader many of us use today has been moulded and shaped away from its original roots into something different by a number of factors.

These changes - some for the good and some for the bad - are often captured in the descriptive term of ‘Euro nymphing’, a catch-all term that sucks up and to some degree muddies the French nymphing waters. If I was forced to lay my life on a description or differentiation between the two I would go with the following: true French nymph leaders are often 5-7 metres long, and fished single fly, with no indication built-in (although some French anglers did start to include coloured nylon latterly).

‘Euro nymphing’ is a modified version of the latter using slightly shorter leader lengths (for various reasons, including competition regulations), nearly always feature built-in indication in the way of coloured line, and are often fished with more than one fly making them suitable for fishing less clear water than a ‘true French leader” would have originally been used.

My simplistic description aside, there are a legion of other definitions, regional methods and variations that you could fill a book with, but for me the two above are the most relevant in the context of this article.

So, on to the point in hand - French leaders (or, more accurately, long nymph leaders with a French accent), my own personal preferences for them, and the reasons why. 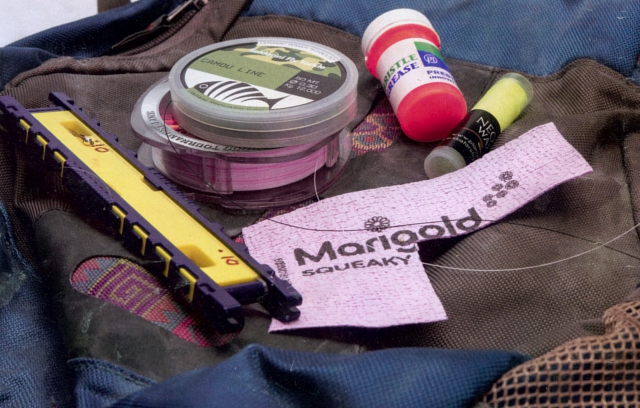 Fishing outside of the often strange – and occasionally absurd - rules laid out by F IPS (Fédération Internationale de Péche, the governing body of international fishing competitions) if I was faced with a sight-fishing scenario where I could effectively stalk my target and witness that adrenalin-pumping moment when a good fish moves imperceptibly to intercept the fly, then I would in all probability select a “true” French leader. Its long length and refined taper offers a delicate, accurate presentation of even a light nymph at range and, as ideally the water would be clear, I would omit the distraction of a coloured indicator-section, relying purely on the fish itself for indication. Long traditional French leaders can also be used with good effect for dry fly work in the right circumstances, however as with all methods they are not perfect in all scenarios – strong wind as an example. In situations like these a good old-fashioned fly line and a well tied 14ft+ dry fly leader will still give sufficient delicacy (operator allowing!) and far more control and accuracy than any French leader particularly if any significant amount of slack needs to be thrown at distance or wind-beating turnover is required.

After many years of fishing with “true” French leaders - FIPS Mouche decided to complicate matters for we competition anglers (maybe to stop us getting bored?) by implementing a ruling that states leaders cannot exceed a maximum of twice the length of the rod, tippet inclusive. For most competition anglers that equates to a leader of 19-22ft maximum in total.

This rule change really didn’t affect my own fishing to any great degree - mainly because a few years prior I had modified my own approach to better fit my style of fishing, so although I still refer to my “long nymph leader” as “French” in reality at best it has a “French accent”, as it falls a few feet short of what I would personally consider a “true” French leader. 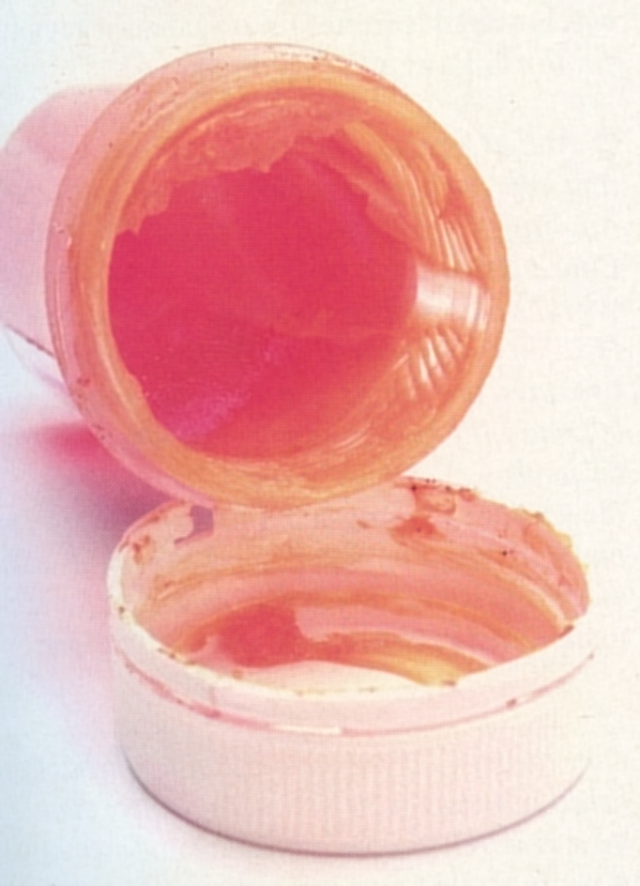 From a practical standpoint both in pleasure and competition fishing scenarios I like to have versatility in my set-up, and one of the issues I always found with a very long French leaders was the limitations they possessed in certain situations - strong wind being one.

Another annoyance with a standard “Euro style” leader with in-built colour was the often frequent re-rigging of the tippet section required to optimise take-detection in differing water types and depths by lengthening and shortening the tippet.

The leader I have settled on for the time being (be warned, my preferences change a lot!) is constructed as follows.

I start with a level butt-section that is permanently attached to the end of the fly line by a blind splice, the diameter depending on the fly line diameter. This then tapers down through various sections, terminating in one of two differing end sections. Although the tapering is important and the length and diameter crucial to its performance there is a large degree of personal preference within the design, so I encourage you to experiment for what suits you best.

At the end of my tapered section is a level 50 cm (20 in) section of either white coloured monofilament or, more recently, black coloured monofilament, ending in a tippet ring. These sections in a typical “Euro style” leader would be formed from hi-vis yellow or red indicator line - in very bad light conditions I may on occasion do the same, however my preference is for White or black which I then treat with either fluorescent grease or, again, more recently fluorescent wax when increased visibility is required. This small modification allows me to use one leader for a number of applications including single and double nymph, duo, trio, dries, limited upstream nymph (although it’s not perfect – see last month) and even lightweight streamers.

My leader formula gives me a leader of roughly twice the length of the rod I use (depending on the technique and tippet section) and allows me to quickly adapt to differing techniques by replacing the tippet section at the mini-ring and adding or removing indication in the form of grease or wax - it also allows me to add indication in relation to water depth. For example, if I have nymph fished a run with my coloured wax applied above the mini-ring (on the white or black section of line) for water of 3ft+ in depth, I can quickly add on a short section of colour immediately above the flies on the tippet itself, Whilst I fish the shallow, 12-inch deep head of the run - significantly improving my take-detection. Then, with a simple wipe of a supermarket cleaning cloth I can remove the wax and revert back to my higher indication mark. If I didn’t utilise the on/ off application of wax or grease I would be forced to shorten or lengthen my tippet section to maximise take-detection based on water depth, or simply “make do”. When conditions allow and if I need to rapidly change to a dry fly presentation, I simply Wipe all the indication from the leader, attach my dry fly tippet stored on a foam-Winder in my chest-pack, and I’m back in business without the disruption of a hi-Vis two-tone indicator line uncomfortably close to my dry fly.

Of course, in a competition scenario I am able to set up multiple rods, and often do, however I have found over many years of competing that I am increasingly fishing a whole session with the rod that features the leader described above and am able to change my techniques almost as quickly and without the disturbance of wading back to the bank for a spare rod - the main exception being if the fishing demands mainly dry fly tactics generally, then I revert to my 14 ft + leader and “true dry fly” set-up.