After three years of intensive development and testing, it is finally here! Almost invisible, little camouflaged clear intermediate line. The idea for this type of line was born already in 2012 during the Norway Championship. The right choice for this option was then confirmed during the following 2013 World Championship in Norway, where the Czechs won. This type of line proved to be a key element and irreplaceable for fishing of careful fish. 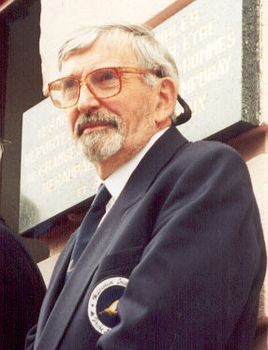 Renowned fisherman, author and broadcaster Moc Morgan OBE has died suddenly at his home in Aberystwyth on Monday, 25 May, aged 86.

The very same team which won the World Champion trophy last year both in teams and individuals (Luboš Roza) was nominated for this year´s senior World Fly Fishing Championship in Bosnia and Herzegovina. The team was very experienced including the young predators - Luboš Roza, Pavel Chyba, David Chlumský, Antonin Pešek and Tomáš Cieslar. The Team Coach was Tomáš Starýchfojtů and I was the Team Manager. With respect to very successful previous years, when the Czech team was dominant at the home World Championship in Frymburk and last year completed the hattrick, therefore also this year´s expectations were high.